PASAY CITY, Philippines – Mike Takayama of the Philippines claimed his third Asian Poker Tour (APT) Player of the Series (POS) plum, successfully fending off Japan’s Katsuhiro Kawai by virtue of winning an astounding four titles and also getting a staggering eight ITM finishes during the course of the competition in the APT 2022 Philippines here at the Grand Wing Casino, Newport World Resorts. 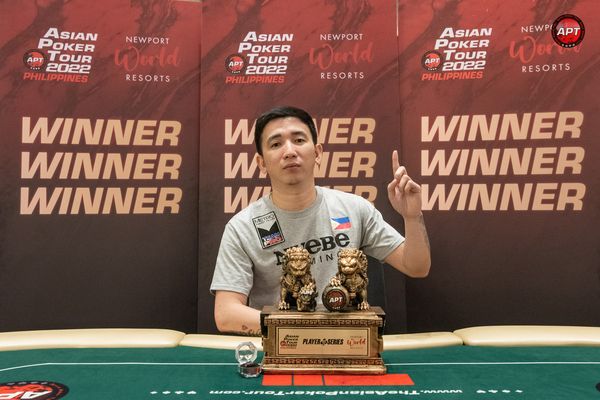 Takayama, who was also previously feted as POS in the 2019 Taiwan leg and just last summer in the initial Philippines sortie, was officially named the best performer in a simple ceremony held earlier. He finished the leg with a total of 1,572.27 ranking points.

He also finished as the Runner-Up in (Event #1) the Mystery Bounty.

For taking down the POS title, Takayama receives a special trophy, the POS Ring of Honor and an automatic seat in the Main Event in Danang for the APT 2022 Vietnam Da Nang VSOP this coming December.

Kawai, who notched two titles and six ITM placings, finished in second place with 1,103.03 while Christopher “Big Time” Mateo of the Philippines, who took second place in the Main Event but also had three ITM finishes, placed third with 903.63. Both gentlemen garner special trophies for their achievement.